It breaks my heart every time someone says to stop praying. Their intentions are as noble as the people who say "now is the time for grieving; don't politicize this tragedy." In each case, people are trying to make sense of tragedy and to create space for a better future. Friends who are angry at the number of mass shootings in the United States claim the only way out of this is by banning some types of guns and [insert other political change here]. Others who grieve the loss of innocent souls believe that honoring those humans and supporting their loved ones in mourning is the first step to creating a better world.

Instead of arguing with one another over the "proper" way to honor the dead, I wish we would listen to one another. 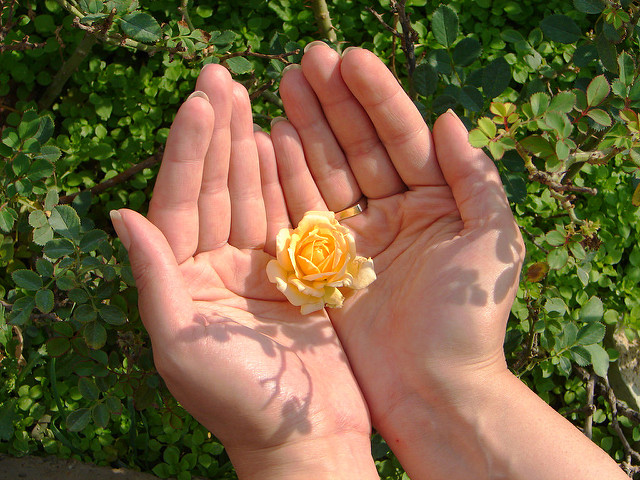 I've been politically active most of my life. Specifically, I joined Women's International League for Peace & Freedom (WILPF) in 1999 during my senior year at Wellesley College. I spent my undergraduate years trying to understand why people kill each other and how to create a peaceful world. Joining WILPF meant continuing to study the root causes of war and work to create a more peaceful society. Over the years, I came to mourn my inability to make concrete change, despite my best efforts. At the time, I didn't call it mourning - I had righteous indignation. My anger fueled my life, culminating in taking a job at CodePink: Women for Peace. It led to the biggest accomplishment of my activist life: getting the US Conference of Mayors to pass a resolution calling to end the wars in Iraq and Afghanistan and spend the money on the needs of our cities. The resolution was even referred to the Metro Economies Committee, in recognition that the discussion of funding priorities (war vs. human needs) was more relevant to an economic committee than the international committee. Not only did the resolution pass - it was the frame through which mainstream press wrote about the meeting. Something I wrote and organized around changed the narrative, if only for a week. And then - nothing changed.

Sure, I could analyze all of the ways the peace community in general (and I in particular) could have seized that moment and built on our political power. Perhaps I'll write about that on Social Upheaval. My life experience, including all of the time I've spent trying to create nonviolent political paradigm shifts, has led me back to myself. I must become a better version of myself. I must remember that I am a soul-endowed being. I must honor the souls around me, whether I encounter them online or in person. That is why I pray. Because anger is not a life-sustaining emotion. It can fuel you to action, but it wears you out as quickly as it lifts you up.

I'll keep praying. Creating stillness. Mourning the loss of innocent life. Honoring the souls around me. Centering myself in the knowledge of how precious life is. Opening my heart to recognize that even though we express ourselves differently, our goals are similar: bring more love into the world; fight evil; contain the darkness within; protect life.

I stand in solidarity with everyone, everywhere affected by violence and hate. I'll continue to be an engaged citizen, joining communities to create political and social change. I'll continue to vote in every election, and take my kids with me to the polls to teach them about civic responsibility. And I will never stop praying.